How to clear screening test in SSB is the most probable question asked by the candidates soon after getting a call up a letter from the Service Selection Board Centre.

Is it tough to be screened In as more than 70 to 80% of candidates are being screened out?

Why do candidates fail in the SSB screening test? A few reasons are given below:

Selection Centre staff will bring you to the Centre from Railway Station on the day of reporting.

On reporting, you should have all original documents, including the print out of your roll number allotted at the time of your application.

Please carry at least one/two photocopies of all original personal documents and an adequate number of passport-sized photocopies.

Hence, You should prepare for the same by organizing in a manner you feel comfortable & relax at the time of appearing the screening test.

Depending on the test conducting Officer’s availability, the Officer in charge will explain a few details regarding the overall SSB testing procedures as given below:

Note: GTO test may be conducted second day itself.

What Happens in Screening Test of SSB?

After the comprehensive briefing of SSB test procedures, The conducting staff will take you to the auditorium for conducting the screening test.

There are Two types of tests are conducted during the screening test:

Tips to candidates while awaiting for screening test

How To Clear Screening Test in SSB?

This test aims to verify or evaluate your basic level of intelligence, reasonable capacity & competence.

The essential highlights are as under:

Few Examples are as under:

>> Which of these will be last in the dictionary? (a. Strength, b. Straight, c. Struggle, d. Stumble

>> The most populated state of India? (a. Bihar, b Kerala, c Punjab)

Note: Practice is a MUST for all those appearing OIR Tests.

The three assessors such as Psychologist, Interviewing Officer & Ground Testing(technical) Officer together will analyze your likely potential and confidence level to present as “an average intellect, who is an involved, responsible member of society.”

This test will be divided into four parts, such as :

It is the second test soon after the OIR test as part of the screening test in the SSB.

The candidate will be briefed about the method of examination.

This test aims to identify the Officer Like Qualities and leadership traits based on your family and social background, education & environment.

The conducting Officer will show you a picture for 30 seconds for observation & identification of the character’s age, mood, postures, facial expression, body movements, feeling, etc.

It is the time to keenly notice any features, things, or situation(Eg- a Person sitting with a Mobile)

You may be asked to note down the age, gender & few other necessary details before starting writing the story properly in the next one minute.

You will imagine a plot based on your family, educational & social backgrounds.

You will be allotted for the next four minutes to write a detailed story in the following manners:

>> Method of writing a story

The story writer will visualize something that has already happened before the arrival of characters or the main character.

The main character is the leader, facilitator, guiding person in this story. You are the leader and center stage.

Keep the problem or activities within your limitation only(For example, 10+2 entry candidates can write about something happening within his school, home environments).

All the resources available should be incorporated into your story( Like Mobile).

The candidate should explain what is currently happening and the actions of each character.

The main character’s role will be emphasized based on OLQ.

The main character is YOU. So relate yourself to that situation & co-relate with your daily activities.

3) What will be the outcome or future prospective

This most important that the story should give positive, vibrant to the environment.

Due to the hero’s timely actions or guidance, other characters’ attitudes have been changed.

It will have an impact on the surrounding.

It would be positive aspects that happened after the main character’s action and influence on other people.

I pursued three characters in the story all of them are boys between the age of 16 – 17.

The central character of the story is Ankith of age 17.

He is paying attention to his phone, the other two are watching the phone anxiously.

They are watching the trending news of an increase in cybercrime with the heading that anew online fraud gang was captured by the police.

Ankith got very angry as well as sad on hearing the news.

They discuss the situation and came to an idea to hold a campaign to aware people of these types of fraud gangs and to educate them on how to access and manage safe online banking and other facilities, and also they decided to put forward this idea to the school headmaster.

The next day they go to the office, as the Senior Under Officer of NCC he put forward the concept that they formed yesterday, the headmaster accepted their Idea and also said that it can be held under the supervision of NCC, and also headmaster called one of his friend who is a cyber cell officer to conduct the program.

He gave them a date after 2 weeks. Ankit and friends make the announcement to the people and the program was conducted successfully.

>> Sample PPDT(Written by a Graduate)

On a warm evening, two friends, Rahul and Rakesh, are deep in discussion, sitting on a park bench.

Rohan, while on his evening walk, sees his friends.

He approaches and sits beside them; that when he notices Rakesh is in tears.

On inquiring about the same, Rohan gets to know that Rakesh has lost his job in the IT firm he was working for and now facing an acute financial crisis.

The sole breadwinner of his family, he has no one to approach or get help.

On hearing this, Rohan takes his phone, compiles a few request letter to his seniors in the firm, he also calls up his friends in the HR team and passes on Rakesh’s resume to them.

He further gets Rakesh enrolled in a free digital marketing course.

Now Rakesh has got a job & also, the digital marketing course has opened up new avenues for him to earn extra income.

It is the most exciting part of this screening test, as all your group candidates are equal.

Your constructive & timely participation is the MUST.

Be part of the team and involve with what other number says about the story.

Ensure that your contribution to building up a group story is essential. Hence, do not miss to give a constructive point whenever you get an opportunity to speak.

You must be prepared for the “Fish Market” kind of situation during the discussion. But remember that you should have a sense of responsibility & group influencing ability.

You can always encourage others to speak while including/add points to your constructive points.

What assessors are trying to find out:

It is the best opportunity to show your group that you are a team leader or team member.

Your social adaptability and initiative can show by speaking on behalf of others or allow other members to speak for the group.

The screening test is difficult and hectic because of the SSB system of testing.

Remember that selecting suitable candidates through screening tests is finding out a potential individual who can perform better in the next days.

The screening test is one the medium which helps to identify prepared or unprepared candidates reported at SSB.

SSB is required to identify an average intellect, who can become an Officer & a Gentleman with experience, maturity, and training.

Sometimes, although you prepared well, you can not screen in due to uncontrolled/unexpected activities in the group discussion.

Hence, there is no need to panic as you can come back to SSB after due preparation and guidance offered by many knowledgeable persons.

Our article on How to Prepare for SSB will help you achieve your dream to become an officer of the Indian defense force to some extent.

Hence you should spend time on preparation because it is not an intelligence test, but it tests your overall personality and emotional intelligence.

This is a golden opportunity to meet a good crowd of the same age and aspirations to become an officer.

Don’t miss out on the opportunity to interact with them whenever and whatever your time you spend at SSB.

All candidates appearing for SSB have the motivation and capacity to become an officer of the Indian Army. Some of you may get selected or rejected based on your performance and overall personality.

If you can practice as many as or many times in a different context, you can certainly clear the screening test confidently.

Other Articles You Should Read

Folllow Us To Stay Updated 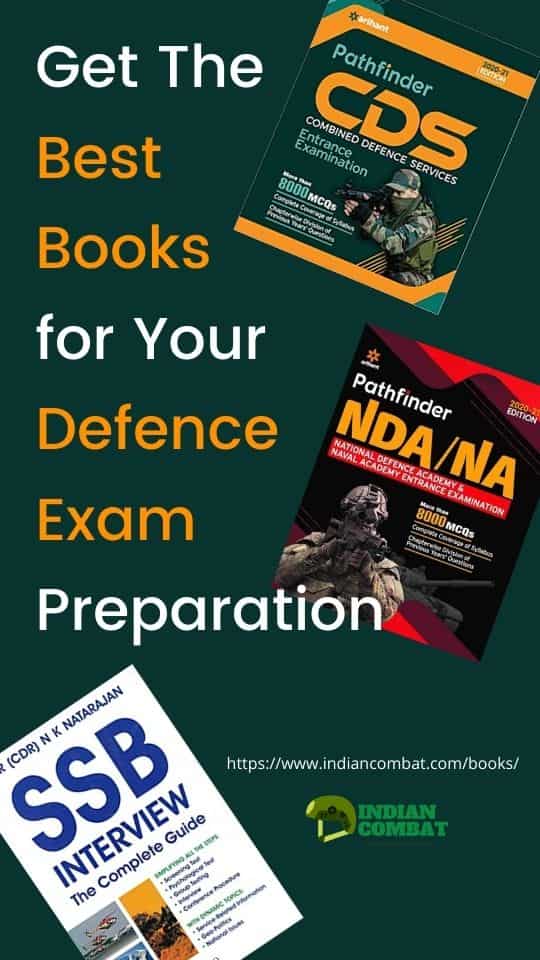